EA has been developing NHL games since 1991. And with that many games being released on a yearly basis. There have been some good games that have been made. So with the release of NHL 21 being today, I’m going to be sharing what are my favourite EA Sports NHL games.

An absolute classic game from the PS2 era. It wasn’t very realistic, but that was the charm of it. As a very young kid, I didn’t worry about realism. All I wanted was something enjoyable. Which is what NHL 2003 certainly was. The intro to the game was awesome because it was cool seeing real-life NHL players saying “EA Sports! It’s in the game!” Once that cut, “Sweetness” by Jimmy Eat World would start playing and I would get super hyped. It also shares what is quite possibly the best commentating in the entire series. Jim Hughson and Don Taylor were great together and I wish they would’ve brought them both back more often in later instalments. This was also the first NHL video game I played. 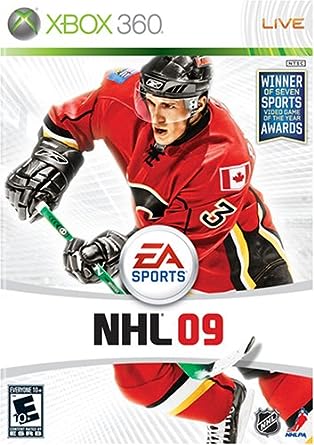 This is the one I played the most growing up. While NHL 08 had started to shift to a more realistic look and feel for the series, NHL 09 took what it had and made it even better. The gameplay itself felt smoother and the modes that were added in NHL 09 have become staples ever since. Be A Pro made its debut. This mode allowed you to create a character and make your way through the minors to play in the NHL. And I couldn’t stop playing it. It was super cool back then to feel like I was playing alongside players like Henrik and Daniel Sedin. And while I didn’t play this back when it was first introduced, EA Sports Hockey League made its debut in NHL 09 as well. Where you could play as your Be A Pro character and play with others online. Almost like playing an actual beer league hockey game. Both of these modes are still present to this day and have expanded even more since their debut back in 2008. 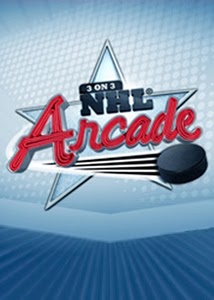 Remember how I said NHL 2003 wasn’t realistic and that was part of the charm? Well, 3on3 Arcade is pure silliness all around. Easily the most casual and entertaining experience you can have while playing any virtual hockey game. With everything being on a smaller ice surface, no penalties, offsides or icings, the games are just pure chaos and it’s so enjoyable to be able to hit players and sometimes see them go flying out of the rink. There are also powerups that can either help or hurt your team. Big Goalie and Small Goalie changes the size of the goalies. Freeze makes players standstill for a certain amount of time. SuperSpeed and SuperShot make you either skate around super fast or give you a shot that’s nearly impossible to stop. Double Score gives you twice the amount for a goal. Big Player turns you into a giant that can’t be stopped. And Banana leaves banana peels on the ice for players to slip on because why not? You could tell the people who made this game had a blast making it. And honestly, there are games that get released nowadays that feel almost lifeless. This was not the case. It may not appeal to some, but I’m someone who enjoys when random things happen in movies or video games. Which is why I love this game.

If there’s one I didn’t mention that you enjoy more, leave a comment below.