While many artists have been doing live streamed concerts, there have also been out door and socially distanced concerts still happening in Vancouver. Gastown has introduced “Gastown Unplugged”.  Gastown Unplugged are putting on pop-up concerts on their streets with local artists. You can find artists at Water Street, Richard Street, Cambie Street and Abbott Street as well as Maple Tree Square Pop-Up Plaza.

The Gastown Business Improvement Association thought this was a great idea since they are having so much success with Patiotown. This has been going on since August and it is going to be running through October. This has allowed guests on local restaurant patios to be listening live music. The shows are free but you are also supporting local restaurants and businesses while listening to incredible music. 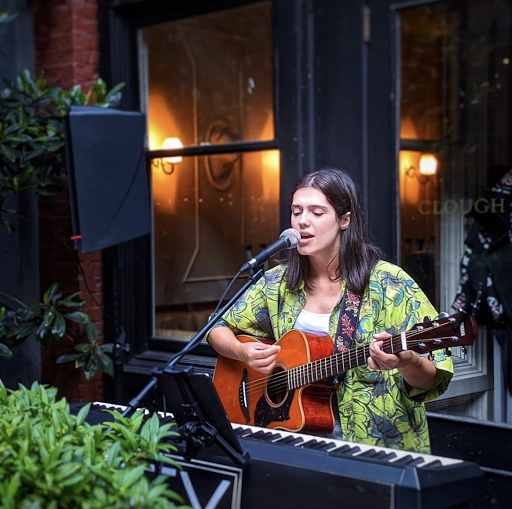 The music ranges from jazz, Latin, acoustic and anything in-between.

The weekly schedule is being posted to @mygastown on Instagram or it is also available at gastown.org.

Abbotsford has also had their fair share of live concerts. They created the very first Abbotsford’s Sun & Soil Concert Series. The series did come to an end this past weekend with Ryan McAllister at the Five Acres Flower Farm. This concert series has been featuring artists from the lower mainland along with bringing people into support local businesses. They have also been live streaming these concerts for anyone who does not want to leave their homes. Jada Klein kicked off their summer series on July 24th, followed by Ben Cottrill, The Crescent Sky and Kyler Pierce.

These concerts have been taking place at local wineries and breweries. Who doesn’t love a cold beer and some good music? Abbotsford has done a great job at allowing local artists and locally grown food and beverages to be shared in a safe and fun way.