Indie pop band, or as they like to call it, “chewed bubble gum pop,” Peach Pit, is set to hit the Commodore Ballroom stage on Thursday, September 17 at 6pm for a Live From Inside livestream concert. The band would have been out touring this fall but instead they will be doing two separate shows. The first one is at 11am PST for the UK and Europe. The second show will be at 6pm PST for North and South America.

The band is set to play songs from their latest album, “ You and Your Friends” which came out April 3, 2020. They also put a call out to Facebook to see what their fans wanted to hear instead of having them “arguing” over the set. Brian’s Movie, Camilla I’m at Home and Live at the Swamp are some of the most popular choices in the comments. Peach Pit has been putting this show together since August 10th so I think it is going to be a good one. 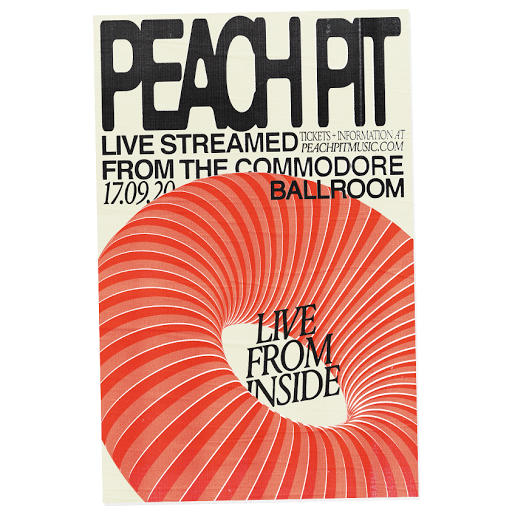 Tickets for this event are still available for just $13.36. Grab yours here.

The Commodore Ballroom has Frazey Ford, who was a former in Be Good Tanyas member, set to hit the Live From Inside stage on September 26th and 27th both at 6pm PST. You can grab your tickets here. Marianas Trench is also set to play two shows on October 15th both for North and South America and for the UK and Europe.

These will not be your average live concerts but at least they these artists are still able to play and do what they love most. But nothing sounds better than listening to live music with your friends from the couch and maybe sipping on a few adult bevies?