Don’t you hate it when the trailer just spoils all of the plot twists and cool scenes? I’m the kind of guy who cannot watch the rest of the series if the last episode was spoiled by somebody. Not even a vocal description, because I watch movies for the plot.  Movie trailers are alright, but video game trailers can spoil everything. But there’s a YouTube channel that has just the right kind of trailer for me, and their take on MIB: International is pretty on point. Why watch a trailer before a movie, when you can watch it afterwards? The Screen Junkies channel’s Honest Trailers are the perfect trailers; it’s a chance to review the events of the movie in only a couple of minutes, with a bunch of jokes. It’s so much more fun than seeing a whole bunch of dramatic cuts of nobody talking (or the exact opposite). 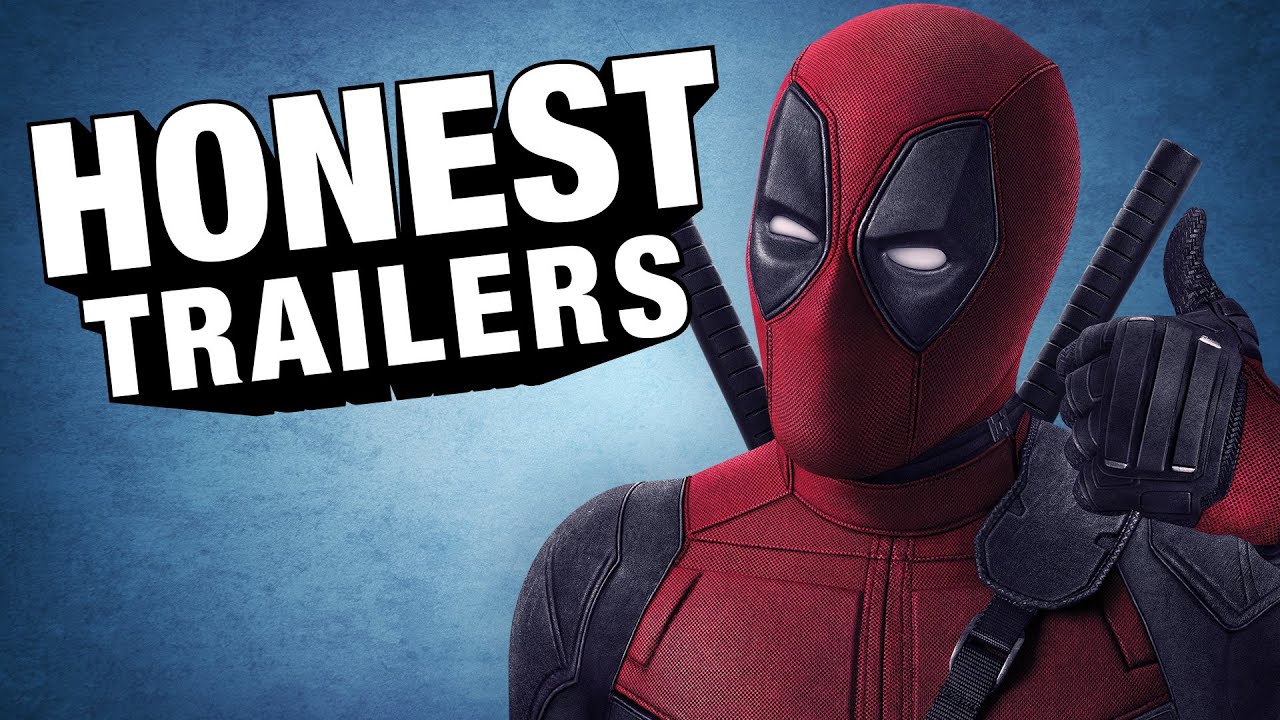 Of course, he would be invited to do this!

To the uninitiated, Honest Trailers poke fun at the movie trailer stigma of either being cryptic to the point of not telling anything, being way too dramatic, or giving a completely wrong impression of the film. The trailers they make will have to strive to be anything but that, by being brutally honest. By brutally honest I mean stating the obvious while we regular folks are still in awe at the ending of (*insert movie*). I’m just joking, they do have fun by stuffing it with jokes; in Spider-Man: Far From Home’s honest trailer, they made fun of the fact that Tony Stark has a legacy of making enemies out of his employees. I love how much fun THEY had writing the script! It always starts off with a barrage of comments requesting the trailer (obviously the first trailers didn’t have any), followed by an old-timey film reel winding scene with a made-up warning. The cast list is the best part, situated at the climax after you heard all the awkward details and cultural references. It’s adult name-calling, but actually funny.

Technically this is an honest trailer for Sun & Moon, but you get the idea.

The thing about Honest Trailers is that they can make bad movies good, in a self-deprecating way of course. MIB: International is one such movie; the original trailer gave nothing, the movie wasn’t much better. The most badass thing(s) about the whole movie is probably the oil paintings of Jay and Kay. (*Sigh*), the good old days. This trailer did a good job pointing out that their partnership was what held the movie, and the new duo didn’t have that chemistry. Well, what can you expect when the actors themselves hired personal screenwriters. You know, I never really noticed how many times Thor and Valkyrie bumped fists but that’s just awkward. The best part of watching these trailers is getting to know the juicy behind-the-scenes details, like how the director wanted to back out multiple times. Watch the trailer for yourself, it’ll save you the time and money describing how bad this movie is. 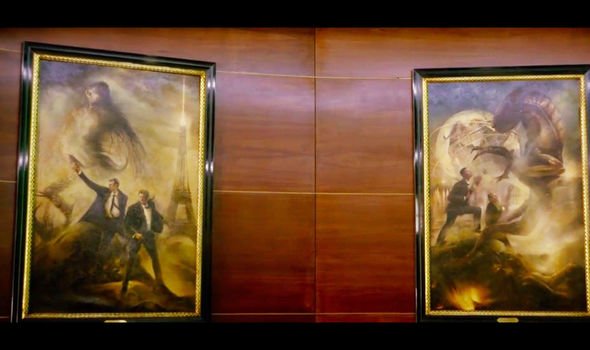 Now, this is a good buddy cop dynamic. With Chris and Tessa, you can’t tell from their appearance or relationship.

I think we can all agree the Aladdin remake was definitely one of the better ones. It fixed plot holes, updated the ethnicity representation, and made sure the songs fit the new way the characters were being portrayed. I played Assassin’s Creed before, so I burst out laughing when they pointed out how much parkour was in the beginning. I was pretty disappointed in the lack of a Fresh Prince joke; neither the movie nor the trailer had one. Wasted opportunity, people! It’s a good touch to confirm the merchant theory, it works with Will Smith’s genie. You can’t expect Will Smith to be so straight-laced during a party, and it adds depth to the genie. Now that I think about it, is that Icelandic(?) Prince supposed to prove the other big fan theory of the shared Disney world?

Isn’t he hot in that thing?

If I had to pick a demerit to the Honest Trailers formula, it’d have to be the Commentary. Honest Trailers Commentary is a weekly podcast the Screen Junkies do to talk about everything they can’t shove into a movie trailer. The podcast does do a good job revealing exactly how hard it is to invite Ryan Reynolds, and it’s always a pleasure to see all the bonus features. But the hosts obviously aren’t pros at this sort of thing, because they almost always talk over each other at some point in each episode. Then there’s the occasional host that sounds like they’ve never seen the movie nor have they done any homework on it. It was clearly in the movie, did you go on a toilet break or something? 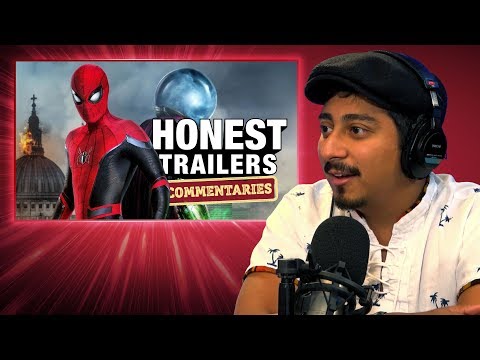 Usually, it’s not the guest’s job to cool the situation, but that was his role in the room.

Tony Revolori, who played flash from the new Spider-Man movies was a real treat in Honest Trailers Commentary. He’s amiable, talkative but patient, and confirmed that he came up with the airport pickup scene. Well, there goes the conspiracy theory where Flash will be the new Carnage or something. One of them pointed out that Marvel created this situation where everybody overanalyzes, effectively making sure very few people can actually guess the ending (and build hype). It’s oddly comforting to hear that even they got nearly screwed over by the Spider-Man ownership mayhem; they were this close to devoting the entire honest trailer to Spidey being back with Sony. But what will happen to him after the third movie? Will he ever appear in the later Marvel films that will inevitably require Spider-Man cameos? Well, only time will tell… 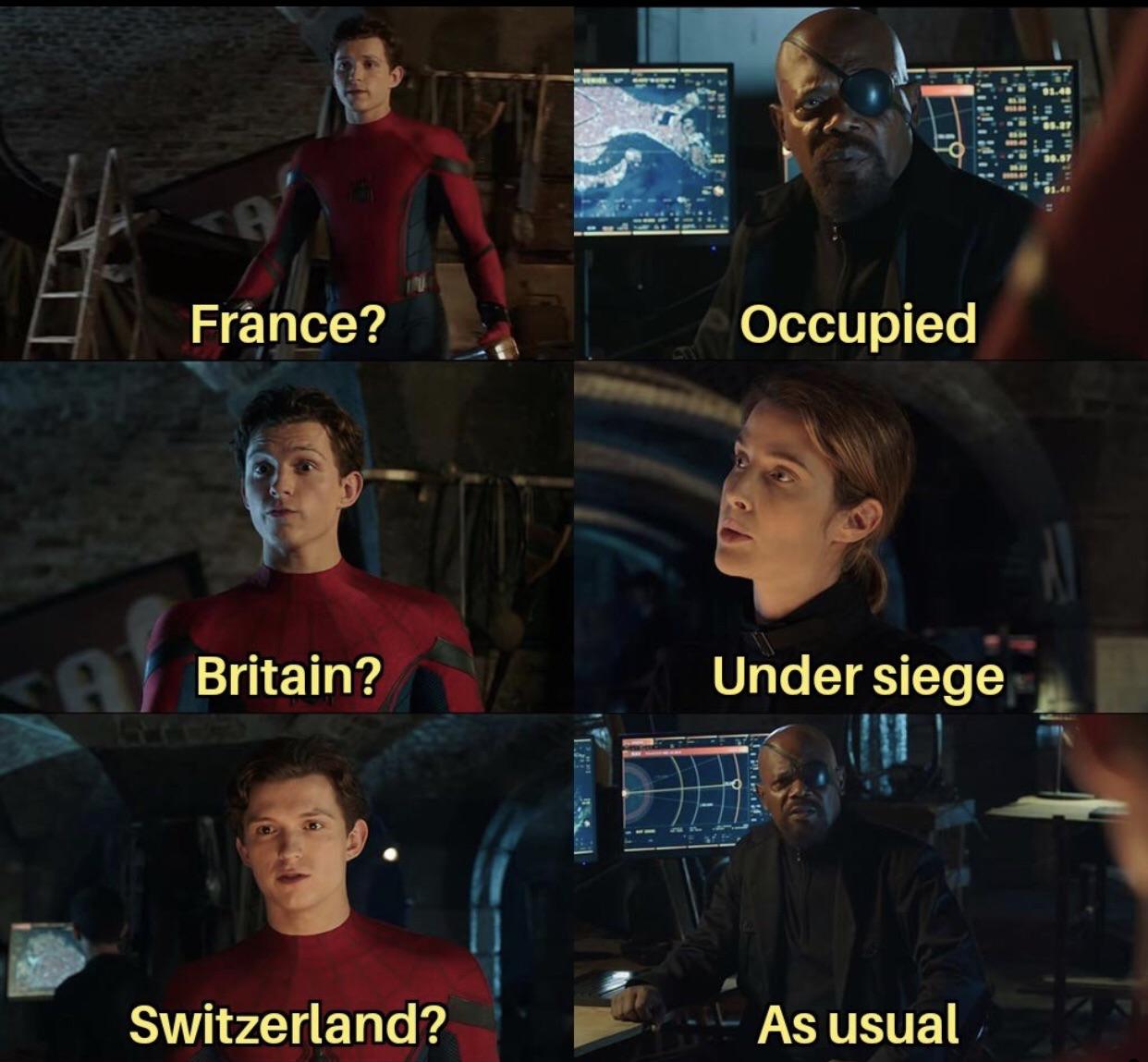 Forget that, he might actually have a multi-verse to save later.

Trailers by nature are difficult. I’m not trying to bash regular movie (and video game) trailers, but perhaps there’s a different way to look forward to movies. Especially the whole multiple trailers business. One is good enough, any more will spoil too much (even including plot twists). Honest Trailers is like a trip to the spa, the perfect after treatment.