I LOVE spicy food. The first stage is always so exciting, it makes the food taste good and it gets you moving. But spiciness is actually a type of pain so humans will instinctively try to escape the pain, which is the premise of Hot Ones. Hot Ones from the First We Feast channel on YouTube is probably the most fire internet talk show (pun intended), leaving the others in a cloud of ghost pepper dust. It’s so hot, that the moment the season 11 premiere came out it was instantly #1 on trending. I guess you could say it wasn’t just about the show, the guest on the thumbnail is the villainess we’re all talking about Margot Robbie (you know, Harley Quinn). I don’t usually watch talk shows and interviews, but this one I cannot sleep on. 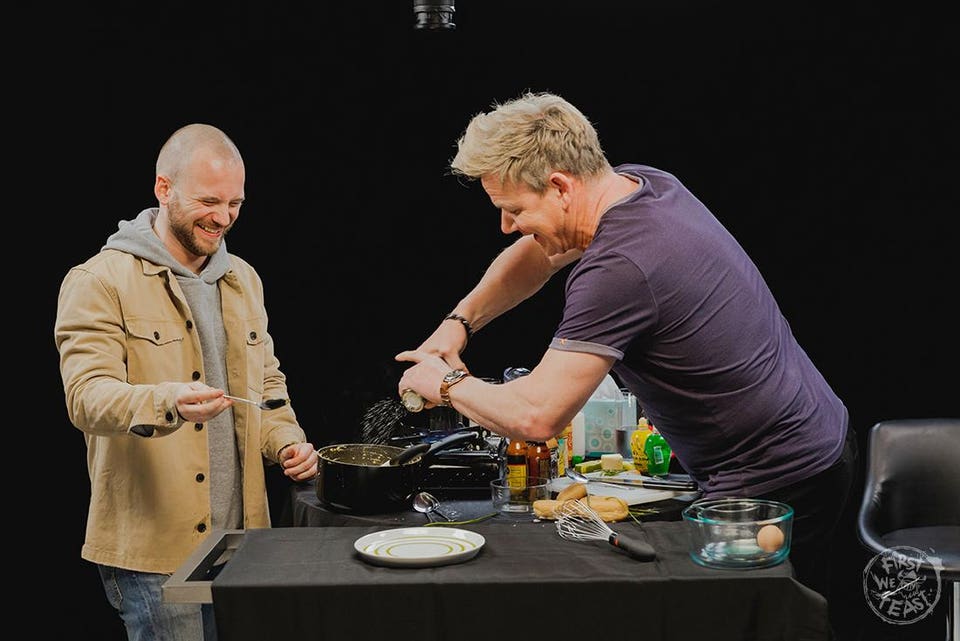 I think this is the first time I’ve seen Gordan Ramsay driven to insanity and not the other way around.

For those of you who live under a rock (#SuperBowl2020), this is a talk show where the host Sean Evans interviews celebrities with hot wings. Yeah, you heard me right. The guest has to eat 10 different wings with 10 different sauces (that they change up every season) that ascend in the Scoville Scale. You can imagine how hard it is to keep a straight face and answer a different question every time you take a bite. These aren’t your regular pub wings sauces either, the last sauce is 2 million+ scovilles (not to mention all that build-up). It’s honestly kind of fun to see the usually calm and collected celebs’ faces all scrunched up and howling, while they recall what they were thinking when they were tweeting this or said that. Sean Evans really does his homework too, time and time again his guests are surprised how he can find out about the most niche details (like how Nick Jonas attended the Dodgers’ spring training). If it weren’t for him, I have no doubt the interview would’ve blown over with all the heat in the room. It also helps that the number of times he’s actually reacted to a wing across all seasons you can probably count in one hand; not a twitch or pitch higher. The sound/visual effects are just the cherry on top, very timely (props to the editor).

Margot was wonderful; even though she said the first wing was already hot for her (it’s pretty much sriracha), she finished the course which is more than I can say for DJ Khaled. She doesn’t hesitate or rush through it, fitting for a woman that learned how to hold her breath for five minutes. I didn’t know that she’s not only the star of Birds of Prey (BoP) but also a producer, I’m seeing that more and more nowadays. It’s also a rising trend in China, where the lead actress of a tv series would sometimes be the head of the company producing it. They switched things up a little for this episode because while it’s not uncommon for other members of a group to also be invited, I was surprised to see questions coming from Margot’s co-stars in BoP. Around the fourth wing she was already in trouble, she says beyond this point is unchartered territory which must be true because she missed Jurnee Smollett-Bell’s (Black Canary) question on the toughest part of her role. The interview must’ve run for a while because Sean let more questions slide than usual, I’m guessing it’s her reaction to the spice or maybe they didn’t have much time to do this. She is the first guest in a long time to not do the last dab, but it’s understandable because she really was on her wits’ end. Sean usually asks the guest to do it with him and it kind of eggs him/her on, but despite how sadistic he is he actually advised against it. I’m guessing his experience with Bobby Lee tells him he shouldn’t push his guests too far.

Me and Billie Eilish have one thing in common (no it’s not that we breathe air), loving spicy food but can’t stand to eat much. But unlike me, she has the guts to take a huge bite off of another nugget right after the last one. Two of the hottest sauces, Da Bomb and the Last Dab, taking it like a hero. Her special segment was really thoughtful (props to the crew), I can see she’s still close to her roots. I got to say, it was pretty childish of her to throw a fit so big that she sprained her ankle but we all have days like that. I don’t know about you, but I’m not that attached to my clothes. When Sean and Billie talked about designing a video game, I was pretty happy to see that she played ilomilo. She should definitely try her hand in designing; if Pewdiepie can do it (with moderate results) what’s stopping her. I can tell she doesn’t watch this show because when she saw Sean shake the last bottle in preparation for the last dab, she had a “what” look before realizing he was going to open the bottle. 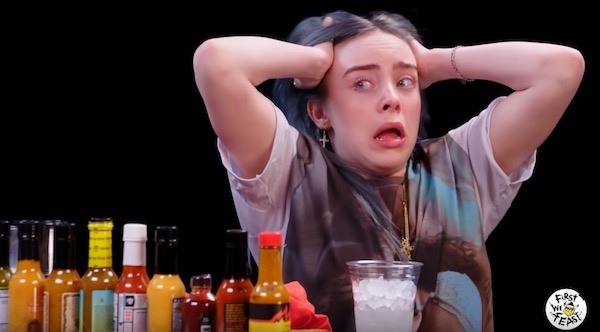 That’s how I felt after Wings’ Bobby wings. Btw, the “antidote” does nothing to help.

Sean and the crew really choose the best celebrity guests to torture. It’s not just fame and achievement, all of his guests are intriguing in one way or another. And Sean seems pretty determined to show that part to the viewers. It was a good job as always, I hope you’ll have as much fun as I did.