If you know anything about Barstool Sports podcast ‘Spittin Chiclets’ you’ve heard about The Pink Whitney. The Pink Whitney is a pink lemonade New Amsterdam Vodka. The Spittin Chiclets crew released their Pink Whitney vodka inspired by, former hockey player, and member of the podcast Ryan Whitney’s favourite drink. Though the vodka has been available in the states for awhile, it just released in select provinces in Canada on November 18th. 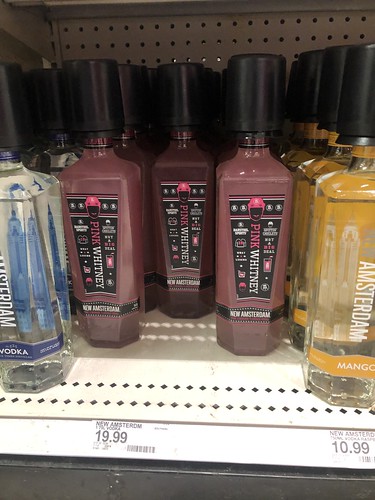 Since the release of the Pink Whitney all BC liquor stores and private liquor stores have been selling out within minutes. Most stores have had to enforce a 2 bottle limit. Though that still has people lining up for store openings to get their hands on the delicious beverage. People are often reserving them and buying them before the bottles hit the shelves. When I found out about the release i didn’t realize how popular it would be and was constantly let down by all the BC liquor stores, so I crossed the line and got some from good old Fred Meyer in bellingham, though not everyone can do that.

Many of those who got their hands on the Pink Whitney have said that it’s an easy drinker on its own but  is a bit “girly”. Though I heard that from some hockey players I know who pull benders every weekend, so they may be immune to the burning sensation that is vodka. Looking online many people are saying that the vodka is good to mix with sprite, club soda, or your choice of juice.

Before launching in canada 1 million Pink Whitney’s had sold in the United States. I’m pretty sure we’ve almost hit the same number of bottles sold over here in Canada or will soon. The buzz over The New Amsterdam Pink Whitney vodka  is not going away anytime soon.