I like how she has multiple outfits in the trailer rather than the usual one.

We finally, finally get the Black Widow film we deserve! Now some say that this is too little too late, with phase three over and all. But I think this is the perfect time. At the beginning of the MCU, there was a strong need to solidify its place as a movie universe. Black Widow would’ve been a little to close to Borne or Bond in terms of genre and feel, with maybe one or two superpowered baddies? With the end of Endgame and her death (bless her fictional soul), people are turning their heads back to her after their focus on the rest of the gang.

As we all know the internet tradition is to dissect every frame of Marvel trailers and find as many details as possible, effectively spoiling half the film. We know that this is her way of coming to terms with her past and ending the evil she was born from. As with all origin films, there will be a lot of back and forth but I am in favor of the main setting being after Civil War. It gives her the time, and with what happened the initiative to clear her ledger. This will give her the resolve she needs to protect her loved ones; completing her story as a warrior rather than a spy. 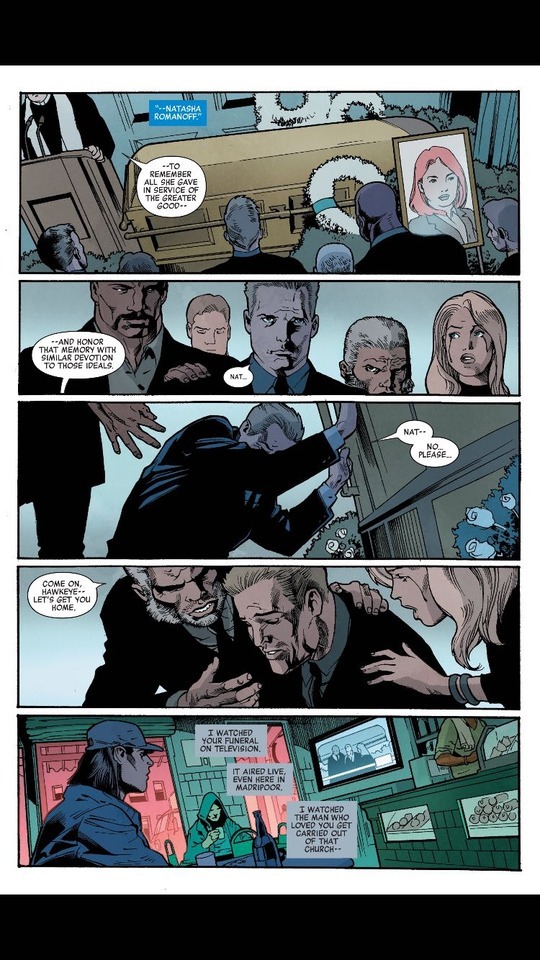 Hawkeye is replaced by yet another character in the trailer.

This movie reveals the addition of one of the most cunning villains in Marvel, the tactician Taskmaster (the Hawkeye wannabe). This movie may serve as the springboard to phase four, releasing him for later use (like against Spiderman, as seen in the recent game). Despite looking relatively weak in the trailer, he’s actually really annoying. He can copy anybody’s moves on the fly, and he will make a detailed plan to kill you.

Courtesy of the Spider-Man videogame, Sony, and Marvel.

I am super excited to see this movie but in the meantime, I’ll settle for A Beautiful Day In The Neighborhood.