It won’t be long before Bill Peters gets cut as the head coach for hockey team Calgary Flames. According to Sportsnet’s Elliotte Friedman, the future of Peters does not look very bright as he is expected to no longer be the head coach for the Flames. But it is still unsure when that exact time will be. Friedman mentioned during Hockey Central on Thursday night, “I think, Jeff (Marek), that this process is reaching its conclusion. I can’t tell you when exactly that’s going to be but the thing that we all expected is for Peters to be removed as head coach of the Calgary Flames and I think we’re getting close, I just can’t give you an exact time.” 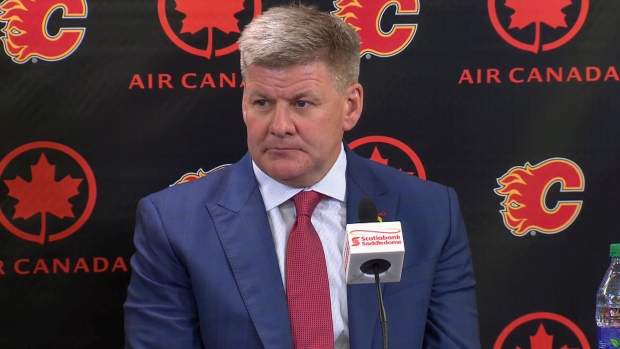 The Flames continue to investigate Peters after former player, Akim Aliu mentioned on Twitter that Peters used racial slurs several times towards him while they both worked together in the AHL. Since the allegations, Peters has not been present for the team for the past few days. Peters has not run a practice for the Flames, he was not seen on the bench during Wednesday’s game night in Buffalo, and he did not join the team on their flight back to Calgary. In regards to the incident involving Akim Aliu, Peters released an apology to the Flames during Calgary’s game against Buffalo, but he did not clearly state Aliu’s name in his speech.

Brad Treliving, Flames’ general manager responded to the media right after Peters made his apology statement, and restated that the team is still ongoing with their investigation. Aliu released a statement on Thursday morning as a response to Peter’s apology: “I have read the statement of Bill Peters, which I found to be misleading, insincere and concerning. I have accepted an invitation from the NHL to meet and discuss this situation. Out of respect for that process, I will not respond publicly to the statement or discuss the racism and discrimination that I have endured until after my meeting.”