I mean, who doesn’t love Coldplay? What’s your favourite song by them? Mine’s most definitely Yellow! Who doesn’t look at the stars and see how they shine for you?!!??

You might want to start looking again because the stars won’t be shining for you after I report some news. What if I break your heart right now and say Coldplay might not tour again?

Oops, I’m so sorry. I just heard the hearts breaking and the ocean overflowing of tears.

Since the release of their latest album, Everyday Life, Coldplay said they will not go on a world tour to promote it.

BUT DON’T BE SAD because it’s not forever and it’s for a beneficial reason! The band said they won’t do a world tour due to environmental concerns. They want to tour when the shows can be done in a sustainable way. Instead of a tour, the band played two shows in Amman, Jordan which can be viewed for FREE on YouTube!

Frontman Chris Martin told BBC News, “We’ve done a lot of big tours at this point. How do we turn it around so it’s not so much taking as giving?”

Wow, did you see that? That was my heart melting away.

If you think about it, they’re not wrong. Concerts usually have large carbon footprints and produce a massive amount of plastic waste. From the travelling of fans and performers, lighting, merchandising, purchase of food and beverages, they all have a negative impact on the environment.

Coldplay is said to spend the next couple of years figuring out how to develop a tour can be done within a sustainable way and beneficial to the environment. We’re slowly starting that environmental friendly movement as there are proposed bans for single-use items as well as the rise of re-usable cups and straws! Trust me, you would look 10 times cuter with that re-usable cup!

Although I am sad that it’s unknown when we will see Coldplay live again, I’m happy they’re using their platform to do good and benefit the environment. So I’ve got a proposal for you. Stream the show on your TV, close your eyes, sing your favourite songs at the top of your lungs, and just imagine yourself experiencing it live and up close. And just like that, you’ve seen Coldplay live! I know the wait will be worth it, and the experience will be better because it’ll be greener and much anticipated. 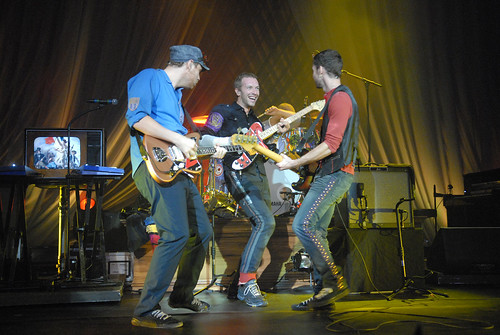