Andreescu, who began the year ranked 152nd in the world, defeated Williams in the second set of the tournament Saturday afternoon making her the first Canadian to ever win a grand slam title. However, Williams didn’t let go without a fight as she forced a tie breaker in the second set.

Unfortunately, her comeback was a little too late.

In early August, Andreescu and Williams were the final pairing at the Rogers Cup tournament in Toronto where Williams had to retire due to an injury, declaring Andreescu the tournament champion. Some would say, this final pairing was highly anticipated for the US Open.

At age 18, Williams won her first US Open grand slam title, one year before Andreescu was born.

At age 19, Andreescu has two championships, one being a grand slam, under her belt and has jumped from 152nd to 5th ranked in the world.

She idolized Williams while growing up and said she had to try her best to not think about who her opponent was, so she could stay focused.

At this time last year, she was unable to qualify for the tournament, and a year later, in her grand slam debut, she triumphed as the women’s champion.

She is the first teenager to win this tournament in 13 years and has become a Canadian tennis sensation. The Toronto Raptors hashtag “We The North” has now turned into “She The North” as Andreescu’s win will inspire many to pick up a racket and start swinging.

Andreescu is the prime example of how following your dreams and never giving up can really pay off. Which in this case is literally speaking, as the teen walked away with 3.85 million dollars in prize money. 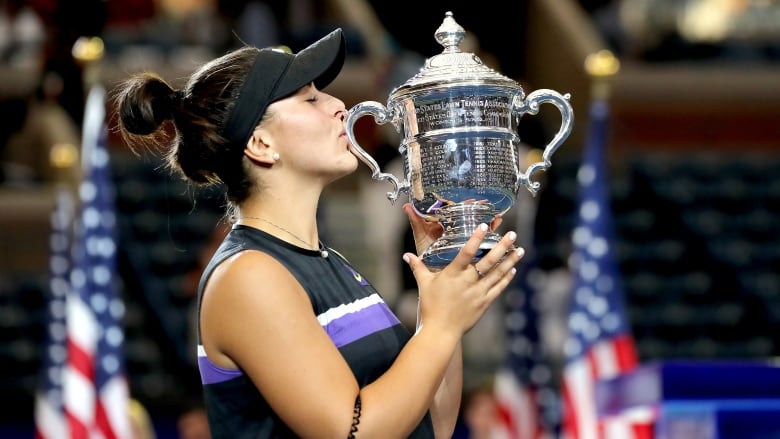 So, what are her next steps? At the beginning of the year her goal was to make the top 100 ranked players. Now ranked number five, she says, “I guess I have to start setting my goals a bit higher… top 3 by the end of the year.”